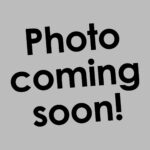 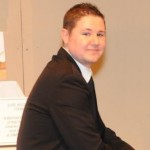 Lee was born and raised in Bradford, England, approximately four hours north of London. He completed his undergraduate education in the United Kingdom and currently holds a Bachelor of Arts (with Honors) in Sport and Education Studies from Liverpool Hope University.

Lee moved to the United States in late 2004 for what he thought was a short commitment to work and gain valuable experience before returning to England to pursue a career in Education. That plan never came to fruition as Lee met, and is now married to Jennifer, with whom he lives in Gales Ferry, CT with their two children.

During his time in the United States, Lee has held roles in both the for-profit and non-profit sectors, serving as Client Services Manager, Account Executive, and Operations and Marketing Manager, and most recently the Jonnycake Center’s Director of Development before being announced as the Center’s Executive Director starting in July 2017. 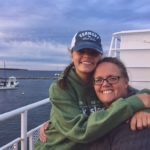 Kristin has lived in Ashaway with her husband and five children, ages 10-22 since 2008, having relocated from Vermont. You may recognize her from her frequent visits to the Thrift Store, her “favorite store”, or from her work as a camp counselor and art camp leader with Hopkinton Recreation. Kristin graduated from Granite State College in NH with a BA in Child & Family Studies and has worked in non-profit and for-profit businesses in recruiting, administration, human resources, and programming.

She is excited to bring all of those experiences together to assist Jonnycake employees and clients in reaching their goals. In her spare time, Kristin creates miniature teacup fairyscapes through her business Crafty Happy Place. 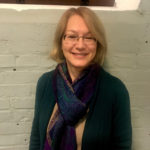 Adrienne joined The Jonnycake Center in May 2016.  Currently one of the volunteer coordinators, Adrienne received her Bachelor’s degree from Boston University College of Communication with a concentration in Advertising/Marketing.

Adrienne has held positions in the financial world as well as several non-profit organizations in Boston and Hartford.  While staying home to raise her two daughters, Adrienne remained an active member of the Westerly Community.  She is a former board member of the Ocean Community YMCA, a literacy volunteer, and was an active volunteer at Dunns’ Corners Elementary School. 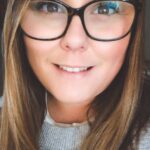 Maggie is a Westerly, RI native – however, during her childhood, she moved to Abu Dhabi in the UAE. There she was able to travel to Africa and enjoy many different cultures and experiences. After completing her high school education in Washington State, she moved to Boston, MA and worked in restaurant management. Now, Maggie is living back in Westerly and is finishing her bachelor’s degree at the School of Social Work at Rhode Island College and will continue onto their Masters Program.

Maggie is enjoys connecting clients to different resources that connect the community together and will be continuing to utilize her life experience to help advocate for people from all backgrounds. Outside of school and work, Maggie enjoys spending time with family and friends and enjoying the summer by the beach. 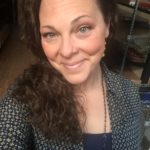 Sarah joined the Jonnycake Center in November 2015. Sarah has recently received her Bachelor of Science degree in Health Studies from the University of Rhode Island where she focused her studies on health promotion across the lifespan.

Prior to joining the Jonnycake team, Sarah was the Assistant Manager of greenhouses at Schartner Farms in Exeter. So, not only can Sarah tell you how to sneak more vegetables into your diet, she can also give you pointers on how to grow them! 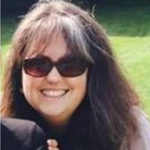 Heather started in 2014 as the Receiving Manager in the Backroom of the Thrift Store. She loved it so much she decided to take on the front of the store as well! Heather’s thrilled when people are happy to find treasures in the store, but she’s even more excited that every penny of profit goes to Jonnycake’s overhead. While at Colby College in ME she was named one of George Bush Senior’s 1000 Points of Light for her work with Colby Friends, an organization that worked with Student Volunteers and Big Brothers/Big Sisters. She finds working with our volunteers very fulfilling and is always happy to welcome new volunteers, young and not as young, to the store. After college, Heather moved around New England as a Store Manager for various retail establishments, and eventually was promoted to a home office to work on special projects. Heather and her husband of almost 20 years live in Ashaway with their four children (two sets of twins), two dogs, two cats, a rabbit and a fish. She is not going to give in to her kids’ requests for a pet pig or a pet cow, but she might be talked into pet chickens. 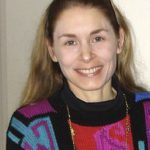 A native Rhode Islander, April grew up in Warwick, graduated from the University of Rhode Island with a Bachelor of Arts degree in French and an area of interest in music, and now lives in Westerly with her husband Jeff.  She has been a chorister most of her life and has also studied piano, cello, tap, and ballet.  She enjoys walking around town, walking on the beach, and tandem bicycling with her husband.

Her professional background includes working initially in academia, followed by years in the defense industry, and most recently in a financial setting.  She has been a volunteer at the Westerly Hospital and here at the Jonnycake Center, where she helped out in the administration office.  In 2019 she was thrilled to join the administrative staff as Development Assistant.